Murdered Cynthia Okogu To Buried On Sept 7th, 2012 + How she was killed 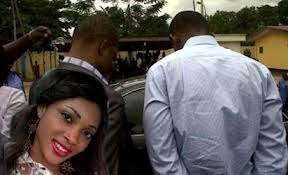 News from a reliable source has it that Miss Cynthia Okogu, who was murdered by her Facebook Friends in a hotel in Festac, Lagos will be buried on the 7 th of September at Bebe, Ovia Agbor, Ika South Local Government Area of Delta State, her family has announced.

How Cynthia  was  killed

Cynthia the deceased arrived Lagos on July 21, 2012, and she was picked at the Murtala Mohammed Airport by Nwabufo and driven straight to a hotel called Casmilla on 6th Avenue, Festac town where Nwabufor had earlier made reservation with a fictitious name.
Inside the hotel, Nwabufo reportedly offered a bottle of Moet to Cynthia which she reportedly declined on the ground that she does not take alcohol.  The suspect thereafter, asked her to take a Ribena drink from the fridge. But unknown to her, the three packets of Ribena had been drugged. He confessed that she took three; one in the afternoon, another in the evening and the third, the next morning.


I did not mean to kill her
But in his confessional statement, Nwabufo who was dressed in an ash-coloured suit, said his intention was never to kill her. He admitted however, that Cynthia was not his first victim, disclosing that all he did was to propose to them through blackberry and later invite them to the hotel,where he drugged and dispossessed them of cash and other valuables.
According to him: “It was a mistake, I never meant to kill her. I invited her from Abuja as my friend on July 21. I was trying to dislodge her by tying her hands and I hit her in the process. I tied her because I did not want her to know I was escaping from the hotel. We had a mutual agreement for her to come over. I met her from BB (blackberry) group chat. She came to buy some things for her boutique in Abuja. We had a disagreement. I did not rape her. It was the devil’s handwork.
I wanted to run because I knew I had committed a serious offence against her. I thought she had money on her that I can collect. So in the process, I tied her with cellotape to make her not to shout. I was not the only person, it was I and my cousin, Odera that did it.  We tied her together and beat her together.

Yes, I invited her and in the process we felt like robbing her of all she had. The condom the police saw on me is what I used personally. I used it on her based on the sex toy with her. She came with a vibrator sex toy, so I inserted the condom on the sex toy and later dropped it there. I did not make love to her. If they test the condom forensically, it will prove that I did not use it on her.
I drugged her with RAFINOL through Ribena drink. I bought three packets of Ribena and when she took it, she became weak. It was my cousin that drugged the drink, he used a syringe and administered ten tablets of it inside the drink.

This is the first time someone died in the process. I have done this say like, four times before now but none of the girls died. Whenever they take the drink, I will sleep with them and they will just lose memory of all that transpired. Usually, I use hotels in Festac. I have used Opera mini Hotel, Benny, Chelsea and Concilia.  I feel bad because I did not bargain for this – to kill her in the first instance. It is just unfortunate and it was an accident,”he stated.

His alleged partner in the crime, Odera Ezekiel, said: “ I am also an Accounting student of Nnamdi Azikiwe University, Awka.  The morning it happened, my brother called me to come to the hotel to help him bind the girl so that he can dispossess her of her belongings.
My mission at the hotel was to come and help him bind the girl. In the process of trying to bind the girl, she put up struggle and we assaulted her and in the process, she passed out. I did not hit her with any hard object and we didn’t have any weapon with us. My brother only told me he wanted to take her money. I have not done it before. He asked me to buy the drink for him”.

How they were arrested
Vanguard gathered that after the evil deed was done, Odera left the hotel first with the lady’s belongings.  Moments later, his cousin Nwabufo then left. But at the reception, one of the receptionists asked if he was checking out but he said he was coming back. Two hours later, they reportedly called the hotel telling them to ”go into the room and remove the corpse of the bagger.” On getting to the room, Cynthia was said to have been discovered stone dead with her hands and legs tied to the back and with series of bite marks on her back which she apparently sustained during the struggle for dear life.

Police sources hinted that investigation into the circumstances surrounding the death of the girl proved a hard nut for them initially.  However, the first trace that gave the suspects out was the number with which they contacted the hotel. Their task was made more difficult because the fleeing suspects threw away the sim card they used in calling the hotel.  The detectives, however, went an extra mile and succeeded in using the same number to get all the suspects’ contacts and it was from there that the bubble burst.

The investigation took detectives to Cotonou and Nnewi where Odera who is in his final year was arrested in the school premises. His confessional statement, as gathered, led to the arrest of his cousin, Nwabufo.  Over 40 persons, as gathered, were arrested in the course of the investigation. But gradually, most of them were released when operatives could not link them to the crime.

“We are talking to the Lagos State government and the Force Headquarters. We have been meeting with bankers but with this development, we do not have more option than to meet with hoteliers.

It has become necessary to mandate hoteliers to install CCTV in their hotels because security is a fight against crime and it is not a fight for the police alone but everyone. People who run such businesses must put in place facilities that will make those who come feel safe.”

He, therefore, advised young ladies to learn a lesson from this, saying, “youths have to be more careful. Social media network is good but some criminals are trying to make something criminal out of it”, adding that the suspects will be charged to court soon.”

Meanwhile, the pharmacist who reportedly sold the tranquilizer to the suspects is still in police custody. Although he was not paraded alongside the suspects whose faces the police insisted, should not be  photographed, Vanguard gathered that he might be charged to court because he was not supposed to sell the drugs without prescription.

Popular posts from this blog 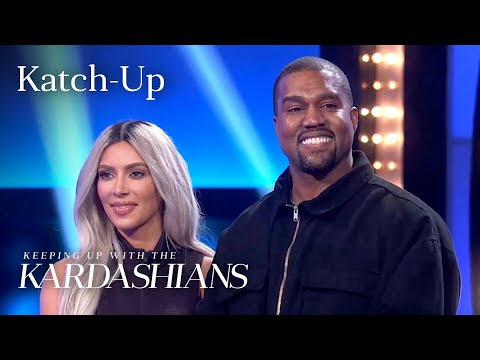 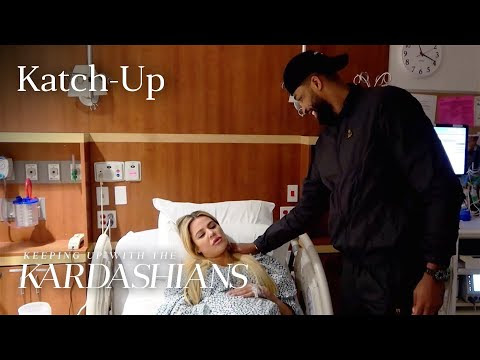 Pregnant Khloe go into labor with the family beside her.
Read more 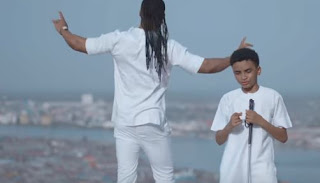